The unemployment numbers in perspective

Posted on October 9, 2014 by Karen Huller in Employment Situation | Leave a comment

Wow. We’ve been through a lot in this past 15 years. If you like to see the data, you will love this video timeline of job growth and job shrinkage during this time. See if you can spot the .com bust, 9/11, Katrina and the Great Recession. Poor Detroit looks like it’s finally making a comeback!

And now our feature presentation:

News summary, from the Bureau of Labor and Statistics (10/14) 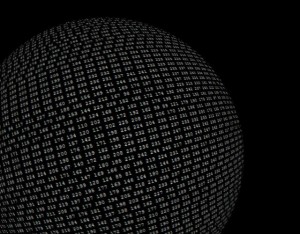 The national unemployment rate lowered by .2% over the month to 5.9% with 9.3 million unemployed. The number of persons experiencing long spells of unemployment (over a year) lowered by 105,000 people to 2 million. 3 million individuals had been unemployed for 6 months or more in September, a decrease of 9,000 over the month, and a decrease of 1.2M over the past 12 months. That means about 29% of those who became unemployed 6 months ago are still unemployed today. They are, however, competing with 1.2 million fewer job seekers than they were in March when the unemployment rate was 6.7% and 10.5 million were unemployed. Long-term unemployment has been steadily declining since 2011 when 6.4 million were experiencing spells of over 6 months.

The average number of weeks that job seekers are staying unemployed has decreased over the month to 31.5, which is 3 weeks shorter than 4 months ago, while the median went back up to 13.2 weeks, still a huge decrease of almost 3 weeks in 6 months!

Such a difference between the mean and the average may reflect that for most industries and geographies, job seekers may be able to transition within 4 months. However, a greater majority are either not be able to effectively execute a transition campaign or may be in adversely impacted geographies or shrinking markets, creating challenges to transitioning that lead to extremely long spells of unemployment.