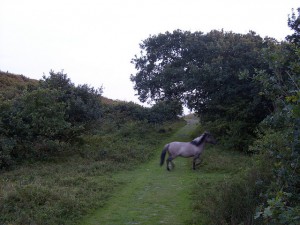 Artists, musicians, actors, speakers and politicians wield an amazing power to captivate and inspire us. Any time I imagined being in the public eye, even if it was as a highly recognized thought leader in careering as opposed to a rock star, I have always been very intimidated by this power. I feel that such a delicate balance must be maintained in order to do the optimum good and not be intoxicated by it, both as the wielder and the recipient.

Compared to many of my friends, I would be considered a Pearl Jam fan by default. While I enjoyed grunge music when it emerged in high school, most of my friends and I were much more into hip-hop and R&B. It took me a couple years after it was pervasive to adopt an appreciation for grunge. It took until I met my husband to be a fan of it. We had recently been debating about what defines a true “fan,” a conversation spurred by the recent airing of an exclusive interview between Pierre Robert, Nick McIlwain and Matty Cord at WMMR (93.3 FM Philadelphia) and Eddie Vedder, lead singer for Pearl Jam. For the sake of this blog, we will consider a fan to be someone who attends at least 5 concerts (though I know my friends will say 10, 20, 50…)

My husband had been dubbed “the biggest Pearl Jam fan alive” by some of his friends, a title that was recently resurrected at a 90s party we attended last weekend. I know that there are A LOT of extremely zealous fans who would refute that, and he has no interest in defending the title. He’s lost count of how many shows he’s been to, though. Before kids, he would travel internationally to see them. There is no comparison between us; he is the “true” Pearl Jam fan.

However, between us, I may just be the bigger Eddie Vedder fan. Yes, I like his solo music, but I am talking more about the person. I don’t claim to know him; I know from my New Kids On The Block days (don’t judge) that I should not delude myself with that fantasy. What I do know of him, however, and what I continue to learn about him impresses me and deeply inspires me.

From where he has come, he is unequivocally emotionally intelligent. He is witty and a compelling storyteller. He uses powerful analogies that make poignant points, that don’t just resonate, but linger.

For instance, in the WMMR interview, Eddie was asked by Nick, another “biggest Pearl Jam fan alive,” if he is cognizant of the energy that is ever-present between the band and their concert attendees. I have been to a lot of concerts for all types of music, but there is definitely something unique about how unabashed a Pearl Jam crowd is to sing every lyric back to the band at the top of their lungs, some for the whole show  – every word…unabashed! A sea of this. There’s also a LOT of hugging and high-fiving, and I’m talking guys and girls, both known and strangers!

Eddie said, “It’s not always there and you can’t predict it.” Then he compared this energy to a horse. Paraphrased from memory:

It’s bigger than you. You have to respect it and know how to handle yourself around it, especially if you want to ride it.

This was a thought that hung in my brain all day, as I instantly recognized this as the same sentiment I have in regards to the respect I feel must be given to the greatness that is within all of us. If we could harness it, and ride it like a horse (or a wave), we would live exhilarating, fully actualized lives, but only if we were able to maintain awareness and appreciation that we are (all) great because of something greater than ourselves.

I can’t help but be in awe of Eddie’s ability to tune into this great energy to create life-altering music (a collaborative effort for which I’m sure he would not want sole credit), produce amazingly inspirational interviews, and engage a crowd like no other I have seen.

As a performer, Eddie gives me something to strive for. I would love to have an impact on people’s lives through music (or spoken word) like he has had. Check out the ESPN story on Steve Gleason.

Another quote about life in general that worth sharing:

“It’s not getting around the fire, it’s getting through it.

It’s about looking out for everyone on the planet.”

An aside: I am ecstatic that Eddie recognized WMMR. I decided to leave radio in 2000, when DJs were being replaced by computers, while a former classmate took the reigns as Producer of The Preston and Steve Show, which was then on Y100 (100.3 Philadelphia.) The show moved over to WMMR in 2005 and I am very happy for the show’s as well as the station’s success. Philadelphia is very blessed to have WMMR and XPN on our dial!