Posted on December 21, 2015 by Angela Moseley in Careers, Employment Situation | Leave a comment 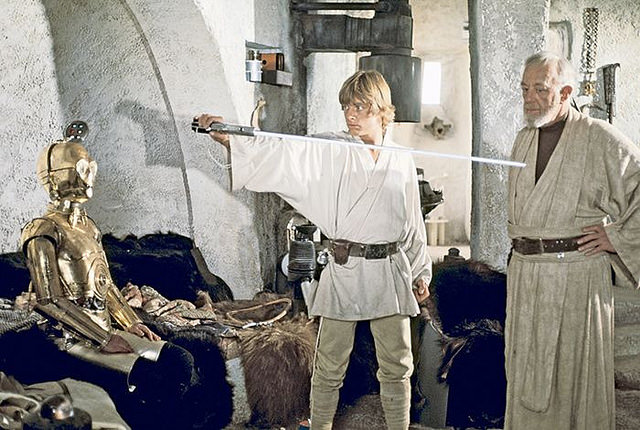 Luke Skywalker and his first lightsaber by Tom Simpson of Flickr

Jack Shipley is a real-life Job Search Jedi. In my interview, he shares how he was able to master The Force and land not one, but three dream jobs. Jack often compares himself to Luke Skywalker. Perhaps you are like Luke, a young Jedi in your job search who is ready to master The Force. The Force is energy that is accessed depending on how we perceive the world and ourselves. There is negative energy and positive energy. By using positive energy, you are capable of doing superhuman feats and accomplishing things you never thought possible. According to Wikipedia, The Force is a metaphysical and ubiquitous power in a fictional universe. There are quantum physicists who purport an equally powerful, equally accessible force, coined “The Field,” by Lynne McTaggart. It is an evolution of Einstein’s “Theory of Everything,” or unified field theory. Your attitude can change how you view the world, setbacks, and how others view you. By mastering The Force, you will gain inner wisdom (intuition), strength, resilience, faith, and confidence. The Force has the power to MAKE SOMETHING GOOD happen for you and for others.

How do you view your most recent or current job search? Are you confident that you will land quickly? Do you feel like you have power over your fate?  In Star Wars: A New Hope, Luke has lost his entire family to the Empire. He could have stayed home and wallowed in his sorrow. Instead he chose to go with Obi-Wan and master The Force to create positive change in his life and those around him. By mastering The Force, Luke was able to save the rebels from the Empire and ultimately saved the galaxy. By using The Force in your own job search, you will completely alter your outcome. Instead of settling for the first opportunity that comes your way, you will have several hiring managers eager to interview you, and even have multiple job offers in play. As I mentioned earlier, Jack is our own Job Search Jedi. He mastered The Force and completely turned around his job search.

Jack is a former client and then consultant to Epic Careering, and advisor for Accelerfate, a job search mobile game being developed by JoMo Rising, Karen’s other company. He was also a guest on our podcast, Tales from the Flipside, real-life accounts of successful job transitions in spite of tremendous challenges. Jack is a long-time gamer who currently works as a producer and game designer for Terrorweed! Games, a video games design studio. Jack and the studio are currently working on Fallout: Lonestar, a standalone story based on the game engine from Fallout 4.

Jack was a lot like Luke in A New Hope. He was unfamiliar with The Force and was afraid to master the power within. He knew had to master The Force if he was going to be a full-fledged Job Search Jedi, but it took guidance and coaching from Karen, his Obi-Wan, to help him discover the new way of thinking he needed to adopt access to The Force. Jack imparted a few nuggets of job search wisdom and mastering The Force in my interview with him.

Angela: How Has tapping into “The Force” changed your life?

Jack: Once you feel that positive energy for the first time… that success brought about by personal momentum and simply trying something scary and new… it’s extremely comforting, not only because you realize, “I can do this,” but also because what was once unfamiliar has now been experienced. It’s not unknown anymore and the fear all humans associate with that starts to subside.

As I find myself ready to enter a new transition, I find myself far more confident. I already know what to expect. I know the challenges ahead and I am aware they can be met and overcome. I am empowered and prepared, and that’s self-confidence gained through “The Force.”

Angela: How did you view your job search before you tapped into “The Force”?

Jack: It was scary.

Searching for a job was like Luke trying to understand The Force without a blast helmet over his eyes. (Star Wars: A New Hope) My understanding of how to look for a job was woefully out-of-date. I tried to use old methods that, frankly, made my search far more complicated than it had to be.

Angela: How did your view change AFTER using “The Force”?

Jack: To continue the metaphor; Obi-Wan puts a blast helmet over Luke’s head and tells him to “use The Force” to block the blaster bolts. That’s what Karen did for me. She took away all the “noise” from my old way of doing things and let me try things with a new perspective.

I may have just suggested that Karen was my Obi-Wan…

Angela: What were your initial thoughts when you made the decision to implement Karen’s advice? For example, you had constant difficulties in your job search and someone tells you it is possible to land offers with their help. Were you initially skeptical? Or did you take her advice without reservations?

Jack [Referencing Luke’s first use of The Force]:

”But with the blast shield down, I can’t even see! How am I supposed to fight?”

“Your eyes can deceive you. Don’t trust them. Stretch out with your feelings!”

I was Luke. Karen gave me all these new ideas and initially I rebelled. I wasn’t comfortable with some of the things she wanted me to do (like calling my network). She asked me to trust her, to try and put aside my old way of thinking and to make an attempt. When I succeeded, that’s when I could really feel “The Force.”

Angela: What advice would you give others job-seekers who want to tap into their own “Force”?

Jack: If this is new to you, if you’ve never done a job search quite like this before, I would urge you to put aside your fears and give it a try.  It’s remarkably easy to do and once you have your first success you’ll see it’s actually rather fun!

Mastering The Force to become a Job Search Jedi

1. Build your self-confidence and enthusiasm. If you believe you’re going to succeed you will succeed. The reverse is true. If you believe you’re going to fail, you will fail. As Jack said, once he mastered The Force and found his self-confidence, he was able to make major changes to how he approached his job search. He was no longer afraid to reach out to his network, and he went from an outdated way of approaching his job search to landing multiple jobs. After being out of work for a while, he was able to resume his career in full force.

2.  Step out of your comfort zone. Stepping out of your comfort zone is directly related to self-confidence and positive energy. Saying you’re going to make a change isn’t enough without commitment. To quote best-selling author Gretchen Rubin from her speech at the PA Women’s Conference, “Every choice is an opportunity to make the wrong choice. Choose once and put it on autopilot.” Making that first decision and committing is taking a step out of your comfort zone. You may initially scoff at the advice, but getting uncomfortable is the only way you will grow. A large part of you may feel like Han Solo, who didn’t believe and merely called The Force luck. After some initial fear, Jack chose to master The Force and found great success.

3. Mastering The Force as a Job Search Jedi will open multiple doors. It is the ability to have several job offers in play, being called in for multiple interviews, and landing quickly. We refer to this as job momentum, or JoMo. Believing it is possible to achieve JoMo requires having faith in your abilities. Much like when Luke heard Obi-Wan telling him to “use The Force,” and stopped relying on what he could immediately see. He shut off the guiding system for the lasers on his fighter craft, and used The Force to guide the missiles into the Death Star’s weak point, saving the day.

Are you ready to start or continue your job-seeking adventure? Are you ready to master The Force as a Job Search Jedi? Perhaps you are like Luke at the beginning of A New Hope. Your heroic journey is starting and you are learning to use The Force. By mastering The Force you will become the master of your fate and save the world. This means landing the job you really want and being a hero to yourself, your family, and your community. 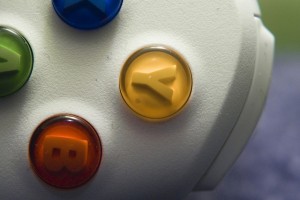