Posted on November 21, 2016 by Karen Huller in Managing life | Leave a comment 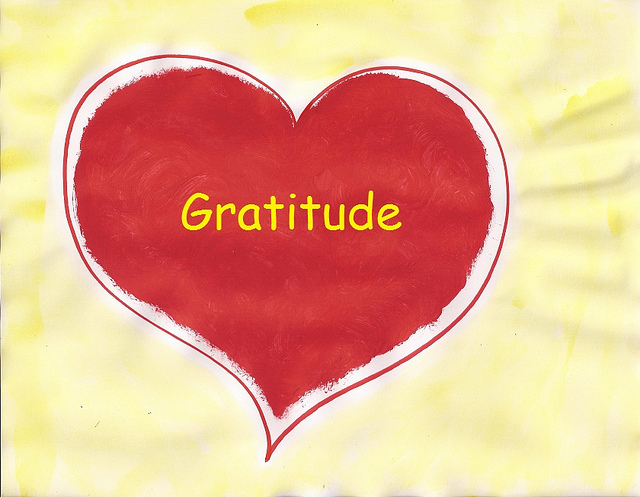 Thanksgiving is one of my favorite holidays. It is not about presents; it is about togetherness. It is the perfect kick-off to start reflecting on our past and planning our future. What science has proven time and time again is that if we want a brighter, happier, and healthier 2017, giving thanks is best done on a daily basis, not an annual basis. It improves mental and physical health. Even when practiced by individuals, the impacts reach far into families and communities.

Here is a list of the SCIENTIFICALLY PROVEN benefits of being a thanksgiving practitioner, meaning having a regular regimen around practicing gratitude, such as including it in your meditation, prayer, or journaling.

Below is a non-exhaustive list including some of the studies done on gratitude, validating that many have deemed gratitude worthy of great investments of time and money.

2006 study in the journal Psychological Science

2010 study in the journal Psychological Science

Truly blessed with what matters

Posted on November 26, 2014 by Karen Huller in Goal Achievement | Leave a comment

There’s no better time than now to give thanks for all my blessings, and NOW would be true always, not just at Thanksgiving.

As eager and ambitious as I am, as impatient for results and progress as I can be, as anxious to be DONE, though I am never done, and as challenged as I feel when circumstances beyond my control interfere or cause me pain, I am also in awe of how blessed I truly am with what really matters – health, home, family, comfort and peace.

Thank God for my supportive, loving husband. My two beautiful daughters. A close immediate family and a large extended family. A home my kids love and neighbors who take care of us. A safe distance from the front lines of war, rioting and looting.

Thank you who follow, like, share, or just read. Thank you, clients, who give me the trust and privilege to get to know your brilliance and improve your professional position, income and quality of life. Thank you for keeping in touch with updates on your personal and professional achievements.

Thank you, partners, who think of me when some you know or meet needs my help, and who recommend me as a speaker and hiring or careering resource.

Thank you, friends from all walks of life, who enrich me and root for my success and growth.

I hope that you all can count as many blessings.

Beware the Job Search Trap of the Holiday Season

Posted on November 6, 2014 by Karen Huller in Campaigns, Employment Situation | Leave a comment 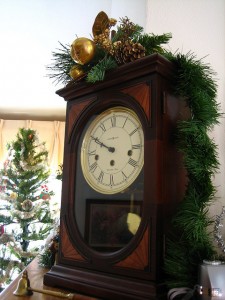 The holiday season is almost here and it is one of the most captivating times of year. There are great sales everywhere, you have a long shopping list, and you can’t wait to decorate the house while the sweet smell of pastries fill the air. You’re looking forward to seeing some of your favorite holiday specials on TV or maybe you’re delighted as you make those travel arrangements to see family and friends. Wait a minute! What about the job hunting plans you had?

With holidays inching closer, now is not the time to take a vacation from your job search. Look for your next job before the holidays hit. Thanksgiving is less than a month away. It is the time of year when job seekers think less about being hired, and more about family gatherings and the perfect gifts. You may be more interested in a winter getaway than making a career transition. The temptation to shelve your résumé and start fresh in January is simply too powerful.

It is a common perception that no one hires during the holiday season. This simply isn’t true. Employers want to fill open positions before and after the New Year. Specifically, in January companies want to have potential hires already in place. The end of the year is also a time when many companies increase their payrolls. Also, in a recovering economy, hiring does not slow down much at all. The year 2004 was an example of that. I was unexpectedly busy with just as many, if not more job requirements to fill than during September. And I had been looking forward to some holiday downtime. On top of stress, there is increased competition during the holiday season. Taking the initiative before the holidays arrive could help you avoid a stressful job hunt.

The biggest potential threat to your job search during the holidays is a lack of focus and drive. As I stated earlier, it is extremely tempting to take a break from a job transition to relax from November to January. We want to spend quality time with our family and friends. There are also a lot of great sales for those who love to shop. Unfortunately, the next three months are one of the busiest hiring periods of the year. As companies seek to fill positions by or in January, the call for job applicants picks up in November and December. When the holidays are in full swing, competition for open positions can be fierce. You want to get ahead of the competition by making the most of your job search NOW, not later.

Ever try getting people together over the holidays?

Consider it from a tactical standpoint. If you wait until the end of November, you’ll have several things working against you. First, there are the savvier job seekers who know companies are hiring. Second, hiring managers are inundated with applications on a normal basis, and it will take them longer than usual to setup an interview. Likewise, you may find yourself landing interviews at odd times because of how busy hiring managers are. Coordinating schedules with managers is notoriously hard during this time. Odd interview times could easily put a damper on your holiday plans. Third, a lot of the positions during this time of year are contractual. The last thing you want is to cast your net out, only to find less than satisfying offers. If you want to give your career the epic boost it needs, get out in front of the competition. Don’t let your résumé be swept away by a wave of job seekers; ride that wave to your new career.

Kick-starting your job search immediately will ensure you are interviewed by hiring managers before they are swamped with applicants. This means renovating your résumé, especially if you have been neglecting it. Next: network, network, network! Touch base with friends, acquaintances, or alumni in your professional network, they could be the key to a potential job offer. Attend networking events and make an effort to talk to at least one person per meeting. Holiday parties and company events can be used to further network. The end of the year is already a time when we connect to others, so don’t miss the opportunity to advance your job search. Sara Canuso describes how to make the most of a networking event in her program training module, “Networking for Impact.” Make sure you don’t ignore LinkedIn and other social media networks. Building up your personal brand is essential to standing out from the rest of the competition.

It is always best to identify prospective positions before the holidays hit. You’ll benefit from having your résumé in front of hiring managers early. You will also stand out from the crowd because you put the maximum effort into your job search. You’ll also avoid the huge rush of job seekers trying to land the same position in the New Year, if it remains open. An open position means hiring managers and other stakeholders will scramble to coordinate their schedules to fill the position. You definitely want to avoid being a part of this scenario. Moreover, you’ll have a leg up on those who chose to suspend their job search until the New Year. Not only will you avoid the many pitfalls the holiday season brings, but you’ll also be able to actually enjoy this time of year. Peace of mind is a brilliant way to celebrate the holidays.

If you need help with your résumé or brand management, we are always here to help! Think of it as an early Christmas present to yourself. (Check with your CPA – our services are often tax deductible!)