Chris Beveridge took the leap to self-employment when his kids were 1 and 3 years old. Now he has teenagers with whom he enjoys a strong relationship. They are looking ahead at their futures hopeful that they, like their father, can find fulfillment applying their talents and pursuing their passion. Learn more about how Chris gradually built a passion-led business, which he eventually sold, and then started another.

Did the shift hit the fan?

Posted on May 29, 2014 by Karen Huller in Campaigns, Managing life | Leave a comment 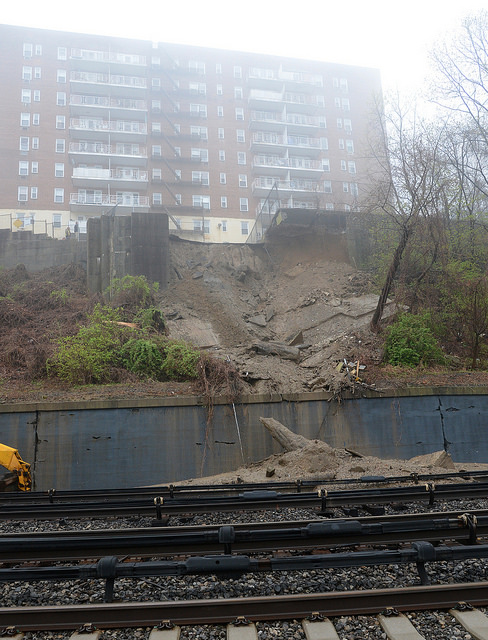 I was surprised at some of the backlash from my last blog. For the most part, actually, the feedback was positive. Engagement, via comments and social media invitations, was quite high. However, because some of the negative feedback came from folks I know, I felt it more. It was almost as if people read the article and thought I was giving the finger and making lewd gestures. People seemed shocked and surprised.

Was this that much of a deviation from my usual style of writing? I know for certain audiences and outlets the advice I give is less personal and more practical. Was this too revealing? While I was NOT the person being lewd and giving the finger, I had admitted to acting “ugly.” I feel more authentic being able to admit that, but perhaps it does damage some previously held opinions of me. The thought of this was alarming, because the backlash came from a population of people who were generally very confident in my abilities and even advocated my services to other people. These people I considered among my target audience – highly successful IT executives in prestigious companies. I was really worried that I might have alienated part of my audience with the bold content. I still am – it gives me a knot in my stomach.

After a few hours of contemplation, I concluded, perhaps falsely, but comfortingly, that people who have it together, have a successful career, act maturely and are under control at all times – they may not get it. They may surround themselves with people who are like-minded. They may consciously avoid people who seem to be a “hot mess.” They may cut off communication with someone who offends them in some way. They may have seen me as someone who has it all together and who acts professionally at all times. As much as I want to, I just won’t live up to that ideal.

I’ve certainly come a LONG way, but I can’t kid you – with two testing toddlers at home, having it together takes everything I have, and sometimes more! If you walk by my house at certain times, especially when I’m trying to get the girls out the door, you will hear someone who sounds desperate for control (and I have some lungs, too!) I’ve been grieving 6 losses in the last 3 years and have had 3 loved ones hit by cancer for their 2nd time. When these feelings are on the surface, I don’t have a lot of access to my emotional fortitude. I can break down from time to time.

It felt good to stand in that road rage story, take accountability and show people that you can create a great day and a great life with a choice in perspective. I felt like that whole incident had such purpose. It was divinely inspired for me to share with other people so that they could be inspired.

Maybe some people don’t want to be inspired? Or maybe what inspires them are stories of greatness that contain only positive details and highlights. Maybe they are successful because they have mindfully avoided people’s head trash. As a coach, however, I dive right in it. I like to sort through it and examine it. I am ever-present to the fact that being successful isn’t as easy as following the right steps. I mean, it could be, but how many professional athletes would we have if it was just a matter of mechanics? It isn’t! Any Philly sports fan recognizes that, while their team has tremendous talent and ability, they get into slumps. They choke. This isn’t because they forget the mechanics of their sport. It’s because performance is more mental in nature than mechanical.

One person had asked what my last post had to do with job seeking. Good comment, and perhaps it isn’t obvious to someone who has it together and has been gainfully employed for 10+ years what dealing with adversity and reframing a negative incident has to do with job seeking. I had hoped my reference to the Ron Nash blog would make the answer to this obvious, but his anecdotes were directly about a job interview and mine was purely about a bad interaction with another driver. Even so, an IT executive in a large company isn’t exactly on the front lines of hiring. From being a recruiter, I know the challenge of hiring has less to do with finding qualified candidates and more to do with finding qualified candidates that have the right attitude who would represent us well to our clients and make us look good, to put it bluntly.  The people who make things happen and achieve greatness usually do so as a result of their people skills. Once candidates get to the hiring manager, they have usually passed the professional and personal screens, having been qualified on hard and soft skills. This is a small percentage of the population – too small!

Meanwhile there’s a huge population of people with talent, skills, and education who, for one reason or another, learned habits and ways of thinking and being that are unproductive to their success.

This is who I mean to inspire. This is who needs tools in their life to help them apply with greater impact the power of the talents, wisdom, intelligence, and enthusiasm within them. These people need to know that facing adversity and being flawed is not a reason to accept defeat. My services are mostly aimed at helping with the mechanics of job seeking, but I am immersed in and partnering with thought leaders who focus on the mental aspects of success, such as John Assaraf, Tony Robbins, T. Harv Eker, Jen Groover, Brian Brogan,  Ron Nash and Derek Rydall.

From a popular post I had up from May 8, which received heavy engagement, I know people are still very upset about the unemployment situation in spite of improving numbers, which they don’t trust, for the most part. Long-term unemployment, disengagement from job searches, discouraged workers – this is still epidemic.

Herein lies my mission. I don’t want to alienate these successful IT executives, because I like them, and because they’re in positions to hire my clients and be my clients. They certainly can be helped by my services and I feel great about the impact that I can make on their career, but they don’t need to be saved by my services like the growing population of underutilized talent.

So, while I am in alignment in my mission sharing such personal content, I am conflicted and fearful about losing the confidence and rapport that I spent many years building. Do I have to make this sacrifice to move further in my mission to shift the current paradigm of job seeking and hiring? Is this the byproduct of choosing authenticity?  Or, am I truly just sabotaging myself and my success by being inappropriate and seemingly irrelevant, diverting from practical career guidance?

These discoveries are unsettling, however perhaps it is perfectly natural. Some say that you know you’re doing something right when you start to get publicly criticized. I’d like to ask the people who consider themselves paradigm shifters how they deal with such friction between old worlds and new ones, if that is indeed what is happening here. Can anyone share?