How to Turn Being Fired Around

Posted on November 2, 2015 by Karen Huller in Careers, Employment Situation | Leave a comment 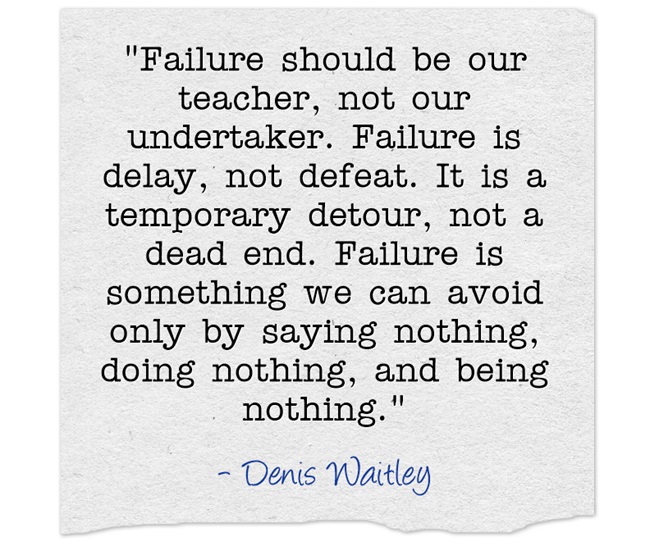 Netflix is a company that is notorious for firing people if they’re average, under-performing, or no longer needed at the company. In September, NPR’s Planet Money ran a story about Patty McCord, Netflix’s Chief Talent Officer. McCord was famous for helping to pen the company’s HR policies and designed a culture where a manager isn’t afraid to fire employees. Netflix had a product tester who was exceptional at finding software bugs. Automation tools were introduced to the company, but the product tester wasn’t adept at using them. Instead of shuffling the worker around, McCord decided the best course of action was to fire her. The meeting was painful for the woman and she found it to be incredibly unfair. McCord didn’t see it as firing a person, but instead helping them to move on. Eventually, the culture she helped create at Netflix turned on her and she was let go from the company after 12 years of service. Since then, McCord moved on to form her own leadership consulting group.

The loss of a job can be shocking, painful, and depressing. However, the loss of a job doesn’t mean the end of your career. A job loss can mean that a new chapter in your life has begun, and being fired from one position may be a blessing. The event can serve as a valuable learning opportunity on what not to do in the future and how to become a better employee. It can be what you need to finally find a job that truly excites and inspires you.

Not your true calling

The job you lost may not have been your true calling. Being let go from your position could be the opportunity to do something you are passionate about. People stay at jobs they don’t like, or outright hate, because they’re afraid to move on to something better. In fact, according to Dr. Travis Bradberry, 59% of people stay at jobs they don’t like. Being let go can be your chance to put your professional life into perspective. A career transition may require additional training, or going back to school, but the new skills you obtain can create new career options.

The working conditions at your previous employer may have been unfair, and being fired can allow you to escape from a toxic environment. High levels of stress, low morale, a poor work-life balance, and poor leadership may have been a constant part of your workplace. Attempting to address or change a dysfunctional workplace ended with you being fired. Toxic work environments can deeply impact your self-esteem, your outlook, and are detrimental to your mental and physical health. Dealing with toxic workplaces and leadership can be a form of emotional abuse. If you’ve found yourself in such a situation, you may want to consider talking to a professional (we can refer you). These symptoms can be similar to PTSD in extreme cases.

Being terminated from a toxic environment is a chance to start anew. Imagine working with an employer who values your input, your time, your well-being, and presents you with opportunities to grow. Optimize your job search by identifying the criteria you want from your next employer, and carefully researching them.

When being fired is your own fault

It may have been your fault you were fired, and it’s worth considering because any prospective employer will wonder. If being let go was due to your own actions, you can still turn the situation around and restore your integrity. I learned a new respect for integrity through Landmark Education. Having integrity is not exclusive to being moral and ethical: it also means keeping your word and being authentic. I realized with unprecedented clarity how messy life can become by being out of integrity; recovering can seem like an insurmountable task. While it can be challenging to stay in integrity in our lives and relationships at all times, and though people can forgive, they rarely forget. Integrity CAN be restored by being fully accountable for your actions, recognizing your mistakes, identifying how you can improve, and committing to acting as your higher, wiser self in the present and in the future.

Being fired may light a fire you never knew you had. It’s possible become comfortable at a job and to stop growing in your career. Being fired is a way to turn this around, prove your doubters wrong, and to improve yourself all at once. That said, please don’t use being fired as a tool to start growing in your career. If you are in a position where you find yourself receiving a warning or facing probation, it is time to make a decision to resign or redesign your career. A few times in my career, I didn’t move on until change was forced upon me. The times I took it upon myself to create change were when I knew it was needed, and I felt more empowered as a result. Don’t wait until an employer makes the decision for you.

Failure as a chance to grow

Failure, or what may be perceived as failure, is an opportunity to learn and grow. Many entrepreneurs believe failure is the key to success. Failure is a constant threat in the business world, but it also allows for growth. A fear of failure can often cause entrepreneurs to shy away from risk and new opportunities. Failure is a chance to learn from your mistakes and to grow.

Famous people who were fired but bounced back

There are people who are so wildly successful that it can be hard to believe they were terminated from their jobs. Not letting failure hold them back, they went on to create exciting opportunities in their professional lives.

Oprah Winfrey strived to be like Barbara Walters from an early age and took steps to make her vision a reality. At the age of 22 she co-anchored the evening news at a Baltimore TV station and was removed. She took over a Chicago talk show in 1984 and the rest is history. By rebranding herself as a talk show host, Oprah discovered her true passion and became one of the most influential people in the world. Through The Oprah Winfrey Show she touched millions of lives. Oprah is now a media mogul with the to power promote authors to the top of The New York Times Best Sellers list, has made the careers of other talk show hosts, and is one of the world’s richest people.

Shark Tank star Kevin O’Leary learned his first employment lesson in high school. He was fired from his first job at an ice cream shop after refusing to do a particularly menial task. Being fired convinced O’Leary to become an entrepreneur. He raised $10,000 to fund his first big idea, Softkey Software Products. He would go on to acquire other companies, and to star on Shark Tank (also gaining the name “Mr. Wonderful”). From an early age, O’Leary knew he wanted to be his own boss.

Mark Cuban, an entrepreneur and a star investor on Shark Tank, started his first job as a salesman at a computer software store in Dallas in 1980. He was supposed to open the store one morning, but met with a potential client instead. He was fired and decided to start his first company, MicroSolutions. Less than a decade later Cuban sold MicroSolutions and made millions on the deal. Since then, he moved on to own the Dallas Mavericks, Landmark Theatres, and Magnolia Pictures. Cuban wasn’t afraid to task risks, even though it cost him his first job. He continued to take risks and eventually that attitude led him to become a billionaire.

Steve Jobs helped co-found Apple with Steve Wozniak in 1975. After a disastrous launch of the Macintosh in 1984, Jobs began to clash with Apple’s board of directors. By 1985 he was stripped of all his power on the board and resigned. Undeterred by being pushed out of the company he helped found, Jobs would go on to co-found NeXT Computer Co., buy Pixar Animation Studios from George Lucas, and return to Apple in 1997 when the company was in serious trouble. Under his leadership, he turned the company around. Jobs’ visionary ideas may not have been well-received at Apple in the 1980s, but he never compromised his revolutionary visions of technology, nor did he stop striving for innovation and excellence.

Madonna was destined to be a star. She studied dance in college and dropped out after two years, before moving to New York. Madonna took a job working at Dunkin Donuts, was fired on the same day, and took several more fast food jobs. She never forgot her original vision. By 1982, she had her first club hit, “Everybody.” Madonna had to take jobs to keep from going broke, but she had a passion for singing and never lost sight of her true goal.

Being fired from a job is a difficult life event. It can be an anxious time filled with grief, anger, and embarrassment. However, being fired can also be an opportunity to change your life and your career. What do you want most from your career and your life? Is it time to change industries? Is it time to pursue that dream job that seemed out of reach? This could be the push you needed to start your own business, to transition into a new career, or to discover your dream job. Many people have turned their professional and personal lives around after being fired. Frank Sinatra sums it up nicely: “The best revenge is massive success.”