Can this strange campaign advice land you work?

Posted on September 19, 2013 by Karen Huller in Campaigns | Leave a comment

I had the privilege of driving a few local dignitaries in my dad’s antique Dodge convertible for our township’s 300th anniversary parade. 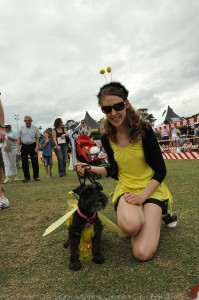 One of those dignitaries happened to be one of my best friend’s fathers, Bob, a former School Board President. He and the two other distinguished gentleman who rode with me had proclaimed to be retired from campaigns and leadership positions. As we went 3 miles at 2 miles per hour, we had a lot of time to come up with pithy conversation to fill the awkward silence, so I took this campaign advice with a grain of salt; it was probably more for conversation’s sake, but it really made me think.

Bob said, after passing out compliments to many of the parade-watchers on their dogs, that the best way to ensure that a campaign is “in the bag” is to find out the constituents pets’ names and add their names to mailings.

I know that from my education in journalism and my experience as an executive sourcer, personal information is not that hard to find, if you know where to look. I do this for my clients when I write their cover letters and I teach clients how to do that through my webinar, Insider Edge to Social Media: 3 Success Secrets to Getting Hired.  But I didn’t consider pets as a way to a decision-maker’s heart. Could he be right?

There was an episode of Modern Family in which the patriarch, Phil Dunphy, went to extremes to help a potential home buyer envision himself in the home. In the end, it was very creepy, and I think you risk that if you take it too far.

What is too far, though?

If you know a decision-maker owns a dog, and you can find a picture of said decision-maker and her dog (say through Google images), would it be too much if you commissioned an artist to paint said dog and owner as a gift?

Probably, in most cases. You would probably want to dig as deep as possible to determine how an individual feels about their privacy versus their pet pride, perhaps even by inquiring within a contact’s personal network.

The example that I use may seem a little over-the-top. Gestures like this can backfire, or they can have residual paybacks for years to come. If such a gesture would be appreciated, that decision-maker would probably show off that painting to all of her close friends and family. It might also get that artist additional work.

In employment climates like this, creativity can take you very far, especially if that is what you think buyers or employers need most.

Can you think of any other epic examples that stand produce epic results?

Are you promoting yourself as creative, but not using creativity to reach your audience?