Part 1 in the MindValley Reunion=Mind Blown series, which continues next week 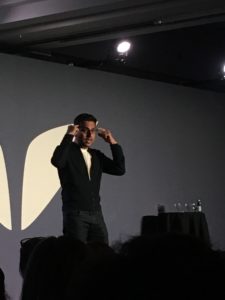 Sunday morning my Uber driver asked if I was going to church, and I replied, “No.” That wound up not to be true at all.

It will be very challenging to portray exactly how immensely powerful this weekend was for me and 800 other people from 40 different countries. So, I’m going to break it into a series, starting with a summary of the sequence of speakers at the MindValley Reunion in San Diego.

First, let’s start with what is MindValley? That’s a good question, but a better question is WHO is MindValley.

Before this weekend I would have the told you that MindValley was a personal development publishing company led by a bold and forward-thinking pioneer, Vishen Lakhiani. Now, I realize that I am MindValley, and so are all my new friends, including some speakers that I have admired for a while now, as this company is much more about community and connecting than anything else.

Now, let me tell you how my Sunday experience turned out to be like church, but better.

It started out with a moving keynote from Don Miguel Ruiz, legendary author of one of my favorite spiritual teachings, The Four Agreements and his son, Don José Ruiz, co-author of The Fifth Agreement. This was the most moving keynote I have ever seen. 1600 eyeballs were streaming with tears in awe of the simple wisdom being bestowed upon us. 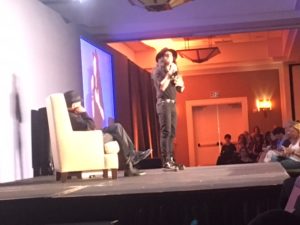 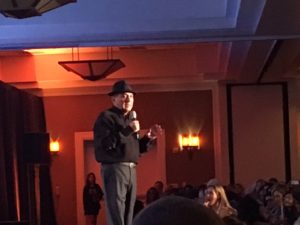 A couple hours later, world renowned hypnotist Marisa Peer, who I have shared with you , guided us through four modules of her Rapid Transformational Therapy, a program she co-developed with doctors to instantly rewire your neural pathways and reverse the toxic beliefs that keep you stuck in a life that doesn’t nearly reach its potential. It teaches you to be your own therapist. 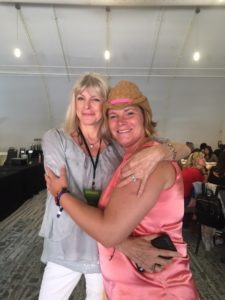 Then after another brief encounter with Donna Eden’s (the world’s leading practitioner of energy medicine) husband, David Feinstein, who had been a traditional Psychologist until he met Donna, I ate lunch with Donna’s daughter (I didn’t realize this until after she and I exchanged compliments and she left) and as well as 3 medical doctors (an oncologist, a general surgeon/Functional MD/Cosmetic Surgeon and an infectious disease specialist). They had been eating with David, but he was just finishing, and when I learned that the medical doctors were sitting and conversing with David, I was really sorry I missed that exchange! Donna and David later demonstrated and led us through very simple and quick energy exercises that anyone can do to restore your body to balance and full energy. I needed that after Marisa dredged up some memories that left me a bit heavy. 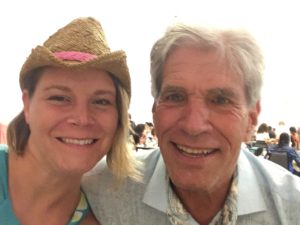 The next speaker was not as spiritual, but he was moving, and has been a highly rated speaker, including for Tony Robbins, Eric Edmeades. He made us laugh, and gave me something to aspire to when it comes to standing for others’ transformations in my marketing and sales. 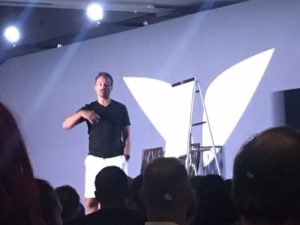 This was just ONE of TWO days of mind-blowing experiences.

By the end of this weekend I was (am) seriously considering an opportunity to move my family to Estonia for a month for an immersive educational and cultural experience for all of us.

I made friends with people from around the country and the world, including from Canada, Australia, Ecuador, Peru/Denver, Brazil, Lithuania, and I am sure some other countries.

Saturday started by having breakfast with a fellow coach, who gave me rights to share anything I want from his huge library of content, and he recommended 6 different resources to check out. He was my hero, because he found the cups for the coffee. I really needed it to absorb the concepts shared thereafter.

The speaker lineup Saturday started with someone who’s tips I have been sharing with my business students to help them craft compelling stories that will get them hired, AND, I got to tell her that. WOW!!! AND… She’s now my coach!! If you don’t know who Lisa Nichols is from her appearances on The Secret, Oprah, Steve Harvey, The Today Show, or any other myriad of appearances, you will! She knows how to move you into action, take away ALL your excuses, and make you realize how divinely precious your life is. I was furiously taking notes (through tears) so that I could capture her words, eager to share them with you. It won’t have the same impact, because, well, there is something incredibly different about being feet away from someone who can look you in the eye, touch your shoulder when she walks by, while you can also feel everyone around you reaching a new level of living, I have learned. Just, WOW! 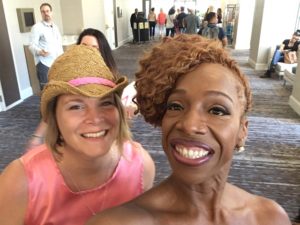 Then it got very cognitive, in a global consciousness raising kind of way. Jeffrey Allen, former Department of Energy Engineer, now Energy Healer, shared how we evolve, denigrate into different states of living. That’s not what he called it, but his point was that we are all moving as a species and a planet toward a higher vibration, and there are two ways it can go, we can destroy the planet fighting trying to stay where we are, or go with the flow and surrender to the forces pulling us toward a higher state of mind. 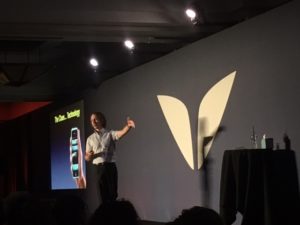 The next speakers were introduced as the world’s sexiest grandparents, and, well, they must be. I can’t say too much about the topic, as it was racy, and the speakers asked that we keep the content among us, but I am hoping to apply the tips they shared and experience a whole new level of enjoyment in my life.

Lastly, Vishen himself spoke about how we can reset humanity based on 5 teachings from a scientist, a writer, a naturalist, a philosopher, and a mystic.

In the coming weeks’ blogs, I will be expanding on these teachings (except for the racy one,) so if you couldn’t be there with me, at least you can benefit from the amazing content shared.

In the meantime, I highly encourage you to check out MindValley and all of the amazing transformational programs they seem to launch on a daily basis, and keep your eye out for them, as they are quickly becoming a worldwide leading authority on transformational technology and experiences.

Have you ever been to an event that changed your life for the better?

Jamiroquai’s official music video for ‘Blow Your Mind’. Click to listen to Jamiroquai on Spotify: http://smarturl.it/JamiroquaiSpot?IQid=JamiBYM As featured on High Times: Singles 1992 – 2006.