Archives for Change your words

The mirror of my ugliness 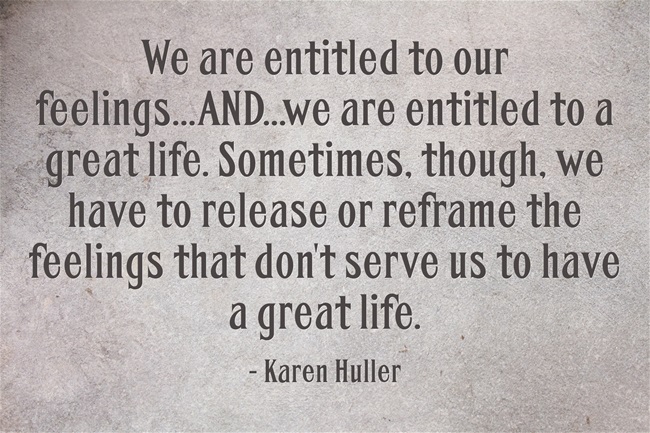 It was a pretty ugly morning yesterday. The event that occurred later that morning was equally as ugly.

Ron Nash’s recent LinkedIn post got me thinking about how I get sometimes when people drive carelessly around me on the road, especially when my kids are in the car. I think to myself, “How selfish is that.” Yesterday somebody felt the same way about me and took it to an extreme.  It stood to completely unnerve me and keep me in a state of upset for days. But that would’ve been my choice.

After dropping my oldest daughter off at school yesterday, I stopped at a stop sign, looked to merge with speeding traffic, and did so “successfully.” This particular stop sign is positioned kind of like an on-ramp, and the locals treat it as such. The cars that were coming were going faster than I could accurately gauge – much faster than the speed limit there. To be considerate to cars that are coming from that direction, I usually accelerate pretty quickly and get up to speed with them so that they don’t even have to tap their brakes. In this case, the car behind me, a big, mean-looking, black SUV with one daylight out, sped up and was very close to my bumper by the time the light just ahead turned yellow. I “ran” the yellow light to make a right turn into my neighborhood. The people behind me were stopped at the red light. In my estimation, they probably would’ve missed it if they were going the speed limit. I suppose that it is fair to say, then, that I prevented them from making the light.

As I passed my street, my two-year-old insisted we not go home and continue drive around. Thank God she did, because I was unaware that a car several cars behind that big black SUV decided to follow us to tell me what he thought of my maneuver. This irate, irrational individual might have found out where we lived had we actually went straight home. We stopped at a light by a sandwich shop right past our street and I noticed the car behind me seemed to have trouble stopping in time. I inched up at the light to give him a little more room to stop only to notice that he wasn’t having trouble stopping; he was intentionally getting really close to my bumper. When I looked at the driver to try to figure out why he was getting so close to my bumper, I saw that he was giving me the finger and lewdly gesturing to me. He rolled down his window and I, very curious as to why you would be giving me the finger, rolled down my window. He exclaimed, “Learn how to drive! I saw you back there.”

So I asked, “You mean that yellow light that I ran?”

No. He said, “You cut everybody off back there.” As he started to continue to exaggerate lewd gestures to me with my two-year-old in the backseat, I quickly decided that I was not going to have a rational conversation with this gentleman to explain that I had plenty of room to merge in with moving traffic and accelerate at a safe speed as long as everybody else was going the speed limit. I also realized that in his current emotional and psychological state, he may not see the irony in the fact that he sped through my residential neighborhood to catch up with me and ride up on my bumper with my toddler in the back seat to tell me that I was a traffic menace. I rolled the window back up as the light turned green. He stayed behind me riding my bumper and exaggerating disgusting gestures to me with an awful face crinkled with anger the whole way through the next town, which happened to have the closest police station. I traveled the speed limit, if not slower, the whole way. I even refrained from turning on red (where it is permitted) when the cars going straight seemed to be in their own jam.

He was still too close to me to see if his turn signal was on and if he was going to continue to follow me. When the light turned green, I turned right to go towards the police station and he continued straight into the next town. I thought about trying to turn around and follow him to get his license plate number, but thought better of it. I was shaking pretty badly and I just wanted to regain my sense of calm. As my daughter, completely unaware of what was transpiring, continued to sing happily in the backseat, I regained my sense of calm. Over the course of a couple of hours I made it a point to reframe the situation and gain a healthful and helpful perspective of it, just as the Ron Nash post echoes.

I looked how I could take accountability. This probably seems a little crazy for people who have no understanding of the law of attraction. Because this law states that you attract what you give your attention to, I had to accept that it was because of how ugly I had been behaving with my daughters that morning that the event transpired – my anger, my lack of patience, my obscene, exaggerated tone of voice and facial expressions. I didn’t actually say anything obscene or insulting, but I’m fully cognizant from other personal development and therapy that I’ve done of how kids very easily make things mean, “I’m not good enough,” “I’ll never get it right,” and “I’m such a screw-up,” “I’m a bad kid.” That guy was a mirror. I hardly believe myself when I say I’ll never be that ugly again. But, I more vividly understand how I was being, how I want to be, and why I should choose more wisely. I have increased access to the tools I’ve been taught to control my anger and extend more patience to my kids so that they can forgive themselves for their mistakes and grow from them, rather than being hindered and stifled by them.

That guy may have been suffering from a psychotic breakdown. In my effort to use this experience as a moment of enlightenment, I started to come from a place of compassion. I thought to myself, “He must really hate himself to be expressing that amount of hate on the outside to complete strangers.” I thought about all the ways that this guy is probably damaging relationships with other people and impeding his own personal growth by placing the accountability on others. He must really be hating where he is in his life right now.  I actually started to cry for him and pray for him.

The protective mother in me really hopes that my house is not a regular landmark on his commute into work every day. I hope I never have a run-in with him again for the sake of the safety of my children and myself, and I hope that I don’t read about a road rage incident involving the same guy that escalates to even higher level. I pray, more than anything, that he has a moment of clarity and perspective on decisions that he can make to be happy and feel connected. I am grateful to him for giving me that moment. As long as I choose to be who I want to be more than I choose to react in ways I find ugly, I am confident I will have few more ugly encounters like that.

Also, I will be more careful and considerate merging into speeding traffic. Who knows whose day I’m messing up by making them miss a light, especially when I am in no particular rush.