Oops, they did it again! Are the job numbers that bad? 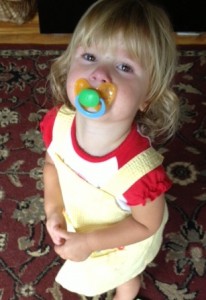 summer months, but a biased “journalist” would have you believe that the economy is getting better about as fast as my daughter’s diaper rash. (You can see from her expression that it’s not getting better at all.)

This really burns me up.

It’s why I chose NOT to pursue a career in journalism, which was my initial career choice when I went to college. However, I learned how moguls use their influence, power, and chain of command to spin news and numbers into byte-sized nuggets intended to sway an audience to adopt their paradigms.

I know that’s hypocritical, considering I blog to convince people to choose my way of careering, but that’s completely justifiable because Epic Careering is clearly the best careering.

But seriously, there seems to be no justifiable reason for a professional journalist to leverage their visibility to needlessly prevent people from getting excited about good news, even if it is not as good as it could or should be. The true data is not as this particular journalist portrays it. That’s  just irresponsible.

First of all, if you look at the historic data available on the BLS.gov site, you will see that there are not many great jumps in jobs added during the “better” years, or from 2003 to 2008. September is traditionally the 2nd busiest hiring month and summer is traditionally slower. I know in a recovering economy, we would all hope for a bigger surge, but there ain’t no cure for the summertime blues. You may even see an even LOWER addition of jobs over August, and it still doesn’t mean anything, because if this September is anything like almost every other September, those numbers will jump back.

The journalist ALSO attributes the lower unemployment rates to people leaving the workforce again. We’ve seen the AP do this before INACCURATELY!  This made me so upset last September, I started blogging, so perhaps I should thank them?

Call them what you want – Doomsdayers, party crashers, downers – they echo the same detrimental sentiments that slow down progress – “the news is okay, but don’t celebrate yet, because it’s not as great as it would be if ‘we’ were in charge. Since we’re not, we’re just going to find something to complain about. Come and join our pity party, because we love being right and we don’t know how to be happy if ‘we’ aren’t in charge.”

My questions – who “promised” that the unemployment rate would be much lower than 7.4% by now and who projected that the net added jobs should have been higher than 162K for July?

I think it has already been established that no one, well, at least Obama, did not make any promises about what the unemployment rate would be.  I couldn’t find any projections on jobs added for July 2013, and I contacted the BLS myself to find out.

As for how much of a decrease in unemployment is actually attributed to discouraged workers leaving the workforce, here are the ACTUAL numbers:

On a table published August 2, 2013 on BLS.gov, it states that from July 2013 to July 2013, 136,000 people have left the workforce due to discouragement (“people who did not actively look for work in the prior 4 weeks for reasons such as thinks that there is no work available, could not find work, lacks schooling or training, employer thinks too young or old, and other types of discrimination”).

So in one year, 136,000 people abandoned the workforce due to discouragement. In that year, 906,000 people left the workforce in total, but many of the reasons stated have more to do with personal situations and “marginal attachment,” meaning they weren’t looking all that hard.  So that means only 15% of the total unemployed people left because they were discouraged.

How many of them saw the media report on slanted data and just thought, “I give up! The economy isn’t getting better fast enough to create enough jobs, and so I won’t be able to find one.” Do you see how this type of reporting is making the problem worse?

Additionally, as you can see from this chart, employment, hours and earning have stabilized.

I mean, I see people getting jobs all the time, some of them in spite of impressive challenges, like long-term unemployment. From my vantage point I can see that very few unemployed professionals have the skills and tools necessary to optimize and accelerate their transitions, and that is much more the reason for long-term unemployment than the economy. And it’s also why we are here.  How foolish we would be to be here if everyone was really just giving up.

DON’T GIVE UP and don’t buy the negative hype. You may be experiencing some discouraging results in your job transition, but don’t make it mean that Epic Careering success isn’t possible for you, because IT IS!  If you can come up with the “why,” we can help you with the “how.” And here’s a vlog for you, discouraged job seekers to help you diagnose why your career might be in it’s own all-too-slow recovery.

Slay your demons and be the hero! www.epiccareering.com

Is Yahoo deleting my post or the AP? Did I strike a nerve?

Posted on September 12, 2012 by Karen Huller in Employment Situation | Leave a comment

Twice, I have left the following comment on this article, and twice I could not go back and find it, though it was confirmed posted. Is someone deleting it? I had read the comment guidelines and I did not violate them. I wonder if they really didn’t have a credible source for the data they so blithely report inaccurately and they didn’t want to keep a comment that called BS on them.

“The unemployment rate fell to 8.1 percent from 8.3 percent in July. But that was only because more people gave up looking for jobs.”

368,000 is not a large enough number to impact the unemployment rate by .2%, so it obviously is not solely or even primarily responsible for the drop.

What is your source and why don’t you name it?

Here are the real numbers: http://www.bls.gov/news.release/empsit.t16.htm

These show that there are actually fewer discouraged workers than there were a year ago as well as fewer people who did not look for work in the past 4 weeks “for reasons such as thinks no work available, could not find work, lacks schooling or training, employer thinks too young or old, and other types of discrimination.”

The total number of people not in the labor force did go up, but that is mostly attributed to people who have not looked for work in the past 4 weeks “for such reasons as school or family responsibilities, ill health, and transportation problems, as well as a number for whom reason for nonparticipation was not determined.”

This kind of “doom and gloom” misinterpretation of data is a contributing factor of a discouraged workforce.  People who are out of work have a hard enough time getting up in the morning to do what needs to be done to get a job without the media telling them how difficult or impossible it is. To be part of the solution, highlight more stories about who is getting jobs (there are still plenty) so that people can follow their example.

FACT: There are fewer jobs available than people who need them. But there are also few people who adhere to the best practices of job transitioning, so it is actually quite easy to stand out from the masses.  We teach people how and they cut their job search in half.  *See our ROI calculator on the bottom of this page.