Archives for 10 years of career coaching 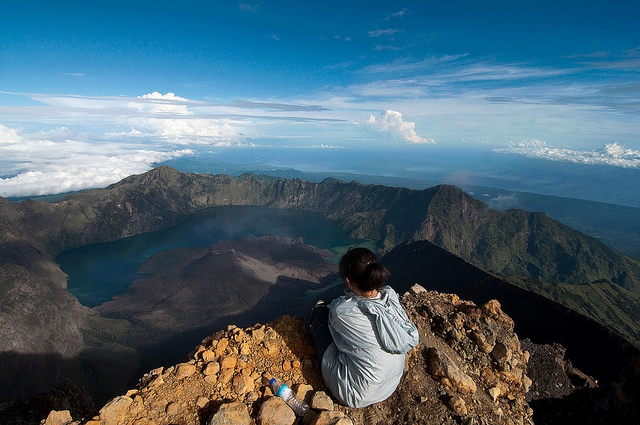 Last week an executive recruiter shared with me a really interesting position that she is trying to fill in the bleeding edge of biotechnology. We reveled at all of the amazing things that we were able to learn by spending quality time with subject matter experts and thought leaders. Then she asked me, “What is the biggest thing you learned when you switched from recruiting to career coaching?” Compassion is the first answer that came to the top of my mind because it was the first big lesson that made the biggest difference in my coaching practice and for my clients.

As I continue to reflect on the past ten years, there are a few more huge lessons among all of the small ones that have made the biggest difference in what and how I teach that have become staples of my brand. Allow me to share the top five lessons from my last ten years:

1. You get better results with compassion rather than with judgment

We followed this motto in recruiting, “screen out, not in.” It was meant to keep us looking for the right fit and not to force the fit. I’m a very trainable person and now I know that I can take things too literally. So I adopted this method of qualifying talent, but I did not enjoy the method. Yet, it became my way to be judgmental of candidates. I was always assessing if they were good enough and was always digging for skeletons in their closet. It is part of what made me realize I did not want to be a recruiter any longer. Although I switched sides to become an advisor and advocate for job seekers, I had taken a very “tough love” approach. I shared with them (for their own sake) all of the different and negative perceptions that they could be generating.

This is vital information for job seekers to understand, but what I did not understand at the time was how my role was really to be encouraging, to help them realize and articulate the tremendous value that they can present, and to help them see that they have so much more value to present than risk. For example, even when I was convincing a client that he should have been making double what he had been earning, I had been telling him from a place of judgment and intolerance rather than from a place of understanding and compassion. This is something that I needed coaching on, and I spent a year and then some working to restore and expand my compassion.

2. Not only should I always be coached, but I should engage a coach who is an expert in each thing I want to master

Coaching had a profound impact on me, and that is why I found it a worthwhile career pursuit. I don’t know what made me think that once I became a coach I no longer needed coaching. In fact, what I discovered over the last ten years is that my capacity to learn new techniques, methodologies, and skills not only expands my abilities to accomplish goals my personal life, but it exponentially evolves the value that I offer my clients. This enables me to help them go further faster than ever before. It does not really matter what material I’m learning, there are always new applications for my clients.

In college, I took a lot of communications courses for my major and I learned a lot about nonverbal communication and how much more influential it can be on people versus verbal communication. I certainly saw that in practice as a recruiter, as I became a human lie detector, but it was not until I underwent transformational training around communications that I had an epiphany: No matter what we say, or how we tactically manipulate our pitch, facial expressions, or body language, if we are coming from negative emotions, we will most likely have a negative communication outcome.

Do you have one of those friends that presses you a lot with, “no offense but…” and you know that what is likely going to come out of their mouth is going to be offensive? Did you know that we cannot possess negative emotion and positive emotion simultaneously, though we can easily switch back and forth? Physical and physiological changes in our pitch, tone, facial expressions, and body language occur naturally as results of our emotions. It makes a lot more sense to just be more conscious of which emotions we are communicating through, rather than to pay attention and manipulate the physical and physiological symptoms. Everyone has an internal lie detector, and although they do not recognize what they are picking up as a lie, they will get a general sense of being out of rapport with someone. If you are not in rapport with someone, you cannot be influential. Conclusion: if you want to be influential, communicate from a positive emotion, such as joy, possibility, love, and compassion.

4. When done right, technology makes us more productive, more efficient, and more effective, but it has to be done with discipline

I totally understand people who are resistant to using social media because there is a real risk that you will miss out on what and who is physically in front of you, and it can become an unhealthy escape from reality. However, there are ways to manage social media and technology usage that enable you to reap the benefits, such as being the person that people think of when a great opportunity comes around. That is, someone who can successfully manage and mitigate the potential risks that contribute to a loss of quality of life can use technological tools to be more productive with less effort. The learning, however, and the implementation, as well as tweaking the balance between using and abusing, will take time and effort (although a lot less time and effort if you do #2.)

5. Good habits are key to sustainable success, but accountability is only important to most, not all people

I am in love with learning, testing, and applying new techniques and technology that help us create better habits that support us in achieving our goals. Since first studying behavior modification through gamification in 2010, and trying to discover a panacea that would help everyone be successful, I discovered (I’m quoting Gretchen Rubin), “we are all more similar than we think, but our differences are important.” We all have the same brain composition, which operates according to some well-known and some newly discovered ways. Some of those ways help us learn and some impede our learning. However, we all come to the table with our own set of perceptions and beliefs about how the world and people operate.

That perception can greatly shape our tendencies when it comes to not just forming new habits, but the desire to do so. Some people do not need accountability because they hold themselves accountable and are very coachable. However, there are very few of these people. Others prefer to defy expectations and accountability, which makes them less likely to form a habit. Fortunately, this is also a small population of people and they deserve success as much as anyone else. Other coaches might find this population of people to be uncoachable, but I believe they are coachable. Furthermore, I’m enjoying the challenge of figuring out how to be a successful coach to the “rebel” population.

My six-year-old always wants to know how I know something. “How do you know the library is going to be closed tomorrow?” Sometimes I find myself explaining to her, “Well, the sign in the elevator said that the library would be closed on Sundays from May until September.” Other times I’ll just say, “Well, you think you know a lot at six years old. Imagine how much more you’ll have learned by the time you’re 12, then 24, and then 48.”

Please share with me some of the biggest lessons you have learned in the past ten years.