Posted on August 28, 2017 by Karen Huller in Personal development, Self-help | Leave a comment

Part 2 in the MindValley Reunion=Mind Blown series, which continues next week 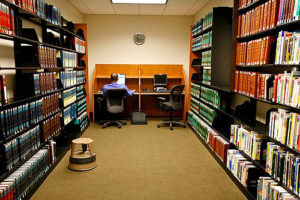 In the first couple hours of the MindValley reunion, thought provoking questions were invoking a deep sense of curiosity.

The host, Mia Koning, a beautiful Kiwi soul, shared a couple of observations:

#1 – On the East Coast of the US, where we both currently reside, though in different cities, personal transformation, also known as self-help, has not yet been adopted on a wide scale, or at least as widely as it has been adopted on the West Coast (more on that next week), and…

#2 – That there is a perception that personal development is a selfish indulgence.

What?! At first I thought, who would think this, then I looked deeper at the time that I spend on personal development, which also in my field happens to be professional development, being that I am a coach. Because it is something I have benefited a lot from, and it enhances how I serve my clients, it is a common sense investment of time and money for me. However, it is also something I thoroughly enjoy, and there are times when making it a priority means making something else less of a priority.

One time instead of playing a game with my kids, I took them to a playground to play with other kids so that I could listen to a live-streamed event. I have rushed them off to bed so that I could attend a live webinar at 9 PM.

Is that selfish, and is there a line that, if crossed, personal development is something that is more costly than beneficial?

Then, also, having not been to, let alone immersed in, Europe, Asia, Africa, South America, or Australia, I cannot compare how many people are adopting personal development as a regular practice. I wondered if any data available could substantiate where in the world personal development was most promoted and acceptable, and if it would be better to live there, or to live in a place where there was less adoption and be a change agent.

In a later post I will cover more interesting revelations shared by Jeffrey Allen, such as how we’re being pulled as a race toward awakening and awareness and how the vibration of the earth and of humans is exponentially higher as measured scientifically, and is continuing to increase. Conflicts as we experience them now are due to this shift and the contrast between those who adopt versus those who resist.

An engineer once told me that innovators have a target on their backs. Someone is always waiting to let you make groundbreaking discoveries and then leverage it and surpass you for glory. Is glory the right goal, and should people be discouraged from innovating because someone else might get the credit? Should it matter to me if I am a pioneer or if I am simply a more visible, vocal spokesperson spreading the discoveries of those before me?

I realize my curiosities are starting to seem scattered from the main topics here, but this demonstrates how one event with several impactful speakers can get you from thinking singularly about your own world and your own problems to thinking globally. Furthermore, it was shared and has been proven to me, that people connect deeply with others when they co-experience an awe-inspiring stimulus together. I was not the only person opening myself up to greater possibility and potential.

So, was my trip to San Diego for the MindValley Reunion selfish? Were my investments in time and money in the courses I have taken over the years selfish endeavors, which include but are not limited to:

I know the answer is fundamentally NO.

I started on this journey to find joy – to be more in joy than in suffering. I admittedly suffered a lot. I had a great sense of self-pity for my unhappy childhood, and I had a great sense of justification for my attitude. Personal development has helped me spend more time in joy and less time in suffering. On the surface, this may seem like a selfish endeavor, but I knew I wasn’t just doing it for me. I was doing it to make sure that my suffering didn’t have a cost for others in my life.

Plus, so many of my decisions in life were driven by a false sense of needing to belong and be accepted. When I decided that if I wanted to be a game-changer, I had to be authentic, the hard work of being authentic began, and continues. Through personal development I have expanded my sense of purpose beyond my immediate circle of influence and now see myself as someone contributing to grander initiatives, resolving problems that impact more than just myself – but I had to start with the problems that plagued me before I could expand further.

In keeping with the lyrical message of “Man in the Mirror,” which was strongly identified with Michael Jackson and reflective of his own philosophies, the short film features powerful images of events and leaders whose work embodies the song’s message to”make that change.”