Is Your Résumé Outdated?

Posted on November 9, 2015 by Karen Huller in Careers, Résumé Writing | Leave a comment 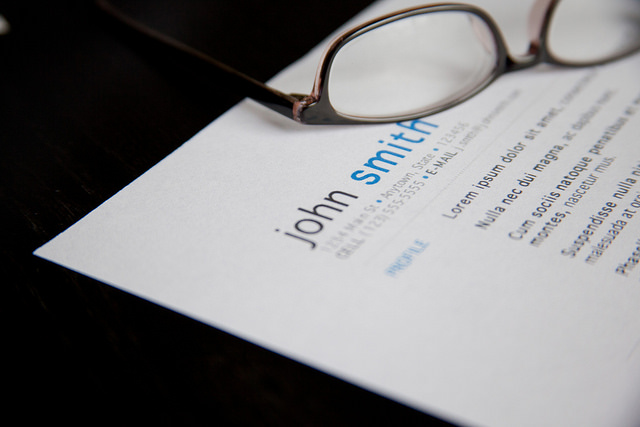 Has it been more than five years since you searched for a job? Do you remember the last time you looked at your résumé? Do you still believe in the use of an objective? If you answered “yes” to any of these questions, it is time to update your résumé. Most people believe that adding a few bullet points about what they have done in the past five years is adequate. They make these small changes and start submitting their résumé. One major reason people hate going near their résumés is because it forces them to remember what they’ve done professionally over the past few years. It is a fact that the more time that passes, the harder it is to recall everything, unless you have kept track of your accomplishments somewhere.

The longer a résumé has not been reviewed, the more painful or frustrating it can be to update. Here is a more timely focus to consider- as the New Year approaches, assess your employment goals and take some time to be intentional about your career direction. Update your résumé based on where you want to be in the future as a reference for what to include about the past. Be conscientious about your BRAND. This is critical- we are not just taking about a few résumé updates, but reinventing your brand to fit your future goals.

If you have not been actively searching for a job in the last few years, the process of revising your résumé can be intimidating. Even if you are not actively searching for work, NOW is still the time to update your résumé. You may not need a job today, but your employment circumstances could change in an instant. Keeping an updated résumé is useful because an opportunity could present itself at any moment. You could meet your next boss ANYWHERE. A quality résumé branding and writing process takes five days for a first draft, and a comprehensive review process can take another three days. If a position is open, and you are given the opportunity to be the first in, be ready to strike! If 70% of the workforce is disengaged from their job, and you are one of them, this advice can help YOU.

What you need to know about the evolution of résumés

Résumés have evolved over the years. For decades the evolution has been slow, but in the last five-to-ten years there have been dramatic shifts in what résumés are and what employers expect from them. Mashable has tracked résumé standards throughout five hundred years of history. Here is what you need to know from the last three decades:

Résumés must now be tailored to a particular job and company. The days where a general résumé would suffice are gone.  Thanks to the LinkedIn and the prominence of personal branding, you can no longer be everything to everyone. You can be dynamic, and wear many hats, but you also have to know which employers want that and to state what resonates with them. Then you have to make sure they can visualize how you will fit into their company and avoid applying to targets that do not fit. This next part takes people into a conversation I have most frequently with people who have searched for a long time. They have been advised and decided that they MUST make themselves as “employable” as possible. This often means applying to multiple positions in the hope of being seen as flexible. However, as I state in my article, “More résumés ≠ better results” taking this approach means that the job they really want will escape them. Instead of coming off as employable, you strike a potential employer as desperate. Tailor your résumé instead.

Crafting a tailored résumé requires you to put on a marketing hat and to research your targets. This means finding out what a company wants and needs for a position. If you do not believe us (per above), ask an employer if they want someone who is willing to take anything, or if they would rather hire the person who can clearly articulate where they want to add value and demonstrate how they add that value.

Why your old résumé needs updating

Chances are if you have not taken a look at your résumé in several years the format is dated. Most hiring managers only spend an average of seven seconds looking at a résumé. If your résumé is difficult to skim, it increases the chances of an employer passing over your résumé in favor of a candidate with an easier to read résumé. Just imagine if this article had huge indentations, and was poorly aligned. You probably would not make it halfway through before you stopped reading. The same can be said about your résumé.

Poor spacing between lines, extra indentations, and typefaces that are not compatible with both Mac and PC make for difficult-to-read résumés. The most impactful changes you can make are to remove all of your indentations so the document aligns perfectly, and to decrease your margin size. LifeClever has an excellent visual tutorial.

The content matters just as much as the format. Résumés filled with clichés such as “hard working,” “team player,” “proven track record,” or “motivated” are so overused that they have become meaningless buzz words to most potential employers. Employers want to SEE these qualities in their candidates. Instead of telling a hiring manager that you have these qualities, demonstrate them. State HOW these particular qualities have manifested value throughout your career. Think of your achievements and how your particular attributes have helped you accomplish those achievements. Expand on those specific attributes in the experience section of your résumé.

Specific attributes also form the foundation of your personal brand. In fact, your personal brand is the foundation upon which the powerful content of your résumé is built. Branding allows you to better market yourself and to stand out from the competition. A brand communicates who you are and the value you bring to an employer. A brand also allows you to demonstrate to an employer what you offer above and beyond the qualifications listed on a position, how you are a good fit for the company, and the numerous ways you have made significant contributions to previous employers. To create and infuse your brand throughout your résumé consider your talents, your skills, your most valuable personal attributes, your passion, and what makes you stand out from other potential candidates.

Many résumés are read online. Keeping that in mind, it is important to use keywords in order to ensure your résumé is found by potential employers, but they must be used in context. Keywords are a series of words related to your skills, your experience, and the position you are seeking that employers use to find your résumé among other applicants. Some résumés without keywords are never even seen. While these words are literally the key to being seen by potential employers, using too many keywords can raise red flags and cause an employer to reject your résumé. Use these words with care.

If you have decided your résumé is in need of an update, we can help. Check out our video series “Scrap your résumé if it has these 10 things,” to guide you in the revision of your résumé. We also offer branded résumé writing services, including semi-branded low-budget options. If you want to update your résumé yourself, we have a DIY Résumé Summary Builder (it requires Microsoft Word 2010 or newer). To be ready for an opportunity at any time, tailor your résumé for your next ideal position, and update it at least every year, if not twice a year. Keep that file of achievements handy.

The purpose of your résumé is to entice employers to invite you for an interview. An old résumé may garner some responses from employers, but the response will be much higher with a résumé that is current with the times. The task of updating a résumé can be daunting, especially now that you know what is required of an effective résumé, but the more often you go through the process, the faster it goes. After all, having a powerful résumé will pay dividends when you are able to shoot it right over to your next boss that same day, and you are quickly invited to interview. Have the peace of mind knowing that your résumé is ready to go at any time, even if you are not actively searching for work. Consider it a critical component for your self-generated job security.

Social tagging: "career focus" > applying to different jobs > do I need multiple résumés > get hired > get hired quickly > help me with my résumé > how do I update my résumé > job search > LinkedIn > LinkedIn In > Mashable > resume > resume help > resume keywords > resumes > social media