Are you rubbernecking your way out of a job?

Posted on October 16, 2013 by Doutte Cunningham in Employment Situation | Leave a comment 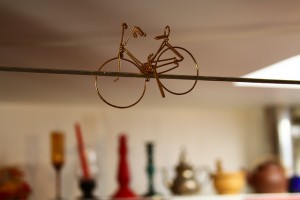 It seems the word stuntman has taken on new meaning. Back in the day it was just amazing to see Evel Knievel do his motorcycle jumps across cars and canyons. It was jaw-dropping to see others do flips, spins and ride on one wheel. But Jeb Corliss as the ‘wingsuit man’ must be the daredevil of our day.

Recently, he performed his death-defying ‘flying dagger’ jump from a helicopter 6000 feet above. He glided at 75-mph between two Chinese mountain peaks 25 feet apart. In his words, “It was the single gnarliest (craziest) thing I’ve ever done in my life, without a doubt.” The jump was almost cancelled due to bad weather. By the afternoon there was a break in the fog and a lull in the winds.

Corliss says he did the stunt to show how with courage others can pursue their dreams.

Well, Operation J.U.M.P. (Joining in Unity to Motivate Progress) says this level of courage is not required for everybody’s dream. It’s not about being a daredevil as much as being a dare-dreamer. Dreams come with equal expectations but different sacrifice. But it does come down to taking a leap of faith.

This is true whether someone’s unemployed, under-employed or emerging self-employed. Every month the Bureau of Labor releases the Jobs Report. Then after a day or two it slips off the radar. Many experts explain the up or down changes in the jobless rate. There is evidence of those who’re discouraged and given up. Sometimes it seems society can be so focused on the have’s we forget the have nots.

Imagine riding to work and being stuck in traffic? There’s frustration and anxiety about getting there on time. The roadway alert says disabled car ahead. It clears briefly, then another disabled car. The ‘stop & go’ persists because 13 of every 100 cars are disabled on that stretch. That would be like car-maggedon! Well, that’s happening in the marketplace. The jobless are like stalled cars in the economy.

We see a slight speed-up, closely followed by a slowdown in jobs. People are ‘rubbernecking,’ to see what’s happening. After a while many become discouraged and give-up due to market congestion. Highway patrol responds with a service truck to give a ‘jump’ or whatever else is needed. Operation J.U.M.P. provides a similar response to the long-term jobless.

If disabled vehicles are bad for traffic flow then a long-term jobless state is bad for the economy and average Joe. At the end of the day, think of Operation J.U.M.P. like raising the sunken ship Costa Concordia. A team of specialty engineers put together a plan to upright the ship. This was a very complex operation that involved pulleys, cables and steel structures. Operation J.U.M.P. is such a partnership with other ‘social-preneurs’ to help upright the job market and keep raising new-found dreams.

Footnote: The level of courage required for pursuing dreams is not the same for everybody because dreams come with equal expectations but different sacrifice.

Douette ‘Doc’ Cunningham is an Entrepreneur, Blogger and Career Re-inventor. He spent 10 years as a Computer Engineer before starting a communications & empowerment business to live his dreams. He’s also the author of “Becoming Layoff Proof: What it Means to Be the CEO of Me Inc.”